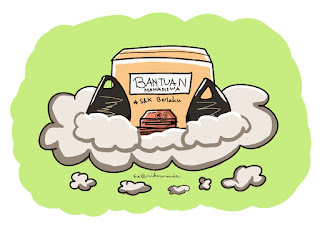 / / Political Awareness and Participation of Indonesian

Political Awareness and Participation of Indonesian


Some developed countries are having great quantities of participation and belief that they have an important position and role in politics. According to Silvia Bolgherini, political participation is a series of activities related to political life, aimed at influencing public decisions in a more or less direct way—legal, conventional, pacific, or contentious. Therefore in developed countries which have a good awareness of political participation, people are willing to be the part of democracy. The participation is not only occurs in politic but in any fields, for example when United States people held a party, most of their guest will bring several food and beverage without being asked. Because of that, the more the guest can be the more the food in the party.

The circumstances of developed countries are really different from the developing countries, including Indonesia. They don't really care about who will lead them because they are just ordinary people. This belief is also happened in Indonesia that can be seen from their abstains in some elections and their lack of participation. Even though there are some people who participate in politics, most of them are moved by certain political parties.
However, the recent circumstances of president election are different from the previous one. There were a lot of people who came from any class participated in the president election and campaign. They're also willing to be volunteers in gaining the other people participation and working together in order to make their president selected. It is not coincidence that Joko Widodo had gained more number of selectors because he was chosen by people in pleasure, instead of people who was asked by political parties.
The poeple's participations are also can be seen from the President Jokowi's enthronement that people accompanied Jokowi from HI roundabout to Istana Merdeka. They also made an event for celebrating the democracy party of the new President which is all free to enter and free food. This event was moved independently which funds are compounds of the volunteers and some singers who performed on that event. This participation system allows them to get more money but less burdened because the expense is guaranteed by many people, not just a single person.
The participation system which recently occurs in Indonesia may caused by the candidates who are considered as a new comers and taught as a change maker. However, this system is one of the political advancement that can bring Indonesia a better political culture. That is why; we need to support this progress by being involved in any political event no matter how small our effort is. ***