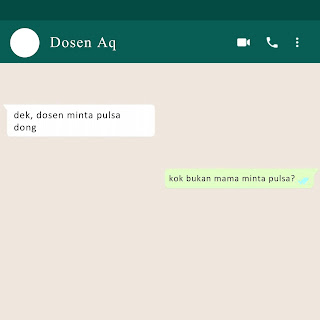 Last couples of day, the global citizen are shocked by the cracking of a top-secret data well-known as Panama Papers. These data was once occupied by a Panama-based law firm Mossack Fonseca. The leak of the data was indeed the biggest in the history. In 2013, there were 260 Gigabytes data of Offshore Secrets leaked to public. This very year, the record was crashed since 2.6 Terabytes data were thrown before our eyes as reported by The Guardian. Some might raise a question: To what extent these data need to be paid attention? Frankly speaking, that huge amount of data was in the form of at least 11.5 million documents not to mention photos and files about offshore investment ran by super-rich conglomerates all over the world. Moreover, these investments are the ones settled in the tax haven countries such as Bahama, Virgin Islands, Panama, etc.

Chronologically, Panama Papers was first revealed by a German newspaper Süddeutsche Zeitung. Later, this information was given to ICIJ (International Consortium of Investigative Journalists). The chain is not finished yet as they also gave it to the media having broader network as BBC. That was how it was established until now we can easily browse it. Pros and cons are everywhere since not many people know about this practice in advance.

Controversial Offshore Investment
Before going further, we might as well review what offshore investment is as it is the focal point of the data. In the world of investment, this act is commonly known moreover for those who are high-profiled investors. Investing in tax havens is surely promising in terms of reducing paid tax every period. It is undeniable that the progressive tax rate as applied in Indonesia might be the greatest factor why businessmen “ran off” their asset abroad. It would be better and productive to keep their asset hidden on some companies running in tax-free countries.

In fact, confidentiality is the key why offshore investments are as interesting as it is. By keeping the asset nominal hidden, an investor could save the tax payment. This is so close from what is so called as tax evasion. They can do such this thing by—for instance, having third parties to do the paperwork to make the activity unnoticed.

Despite the risk of money laundry and tax evasion, offshore investment is considered legal. However, many countries have pointed about their objection against this act. US have restricted their tax policies to prevent tax loss. On the other hand, EU try to have these companies disclose the name of the investors under the idea of transparency.

Statesmanship Comes First or Business Does?
The revealing data of Panama Papers gave such a commotion in the world since the unpredictable names came to surface. Maybe, Pakistanis did not wonder that their ex-PM managed to have such a billion dollars outside their country. Maybe, British people also did not ever imagine that their David Cameron was also getting tied with this case. The Chinese communist party elites were also included that this news was considered defying their anti-corruption campaigns. Even the news about Panama Papers is all blocked by the government.

Those names of national leaders and elites are way all around internet. Putin and his 2 billion dollars are still surprising. In Indonesia itself, there are names related to the government included. Not only businessmen but also politicians and government-related people are in the lines.

In the end, what the Panama Papers tried to tell is that some people—even who work in governance—still treat business first. It would be an irony if they told their people to pay tax regularly and diligently while they themselves try to avoid it. These popular and impactful people should be the role model yet doing this act seems being unfaithful to the regulation itself. In UK, there have been demonstrations forcing Cameron to dethrone after his changing comments concerning Panama Papers. The implication this far is that we finally realize there are so many attempts to dodge tax payments out there in the world and gain profit underground. Whether it must be banned—the tax haven operation—or not is still questionable though. We as the part of a nation who pay tax certainly deserve transparency no matter what because there may be clean practices in which need no bad judgment as well as dirty transactions that needs further investigation.***